If you’re looking for comfort in a bowl, try this Creamy Vegan Potato Leek Soup recipe! It’s one-pot, made with basic ingredients, rich and satisfying, and the perfect family friendly meal to warm you up! 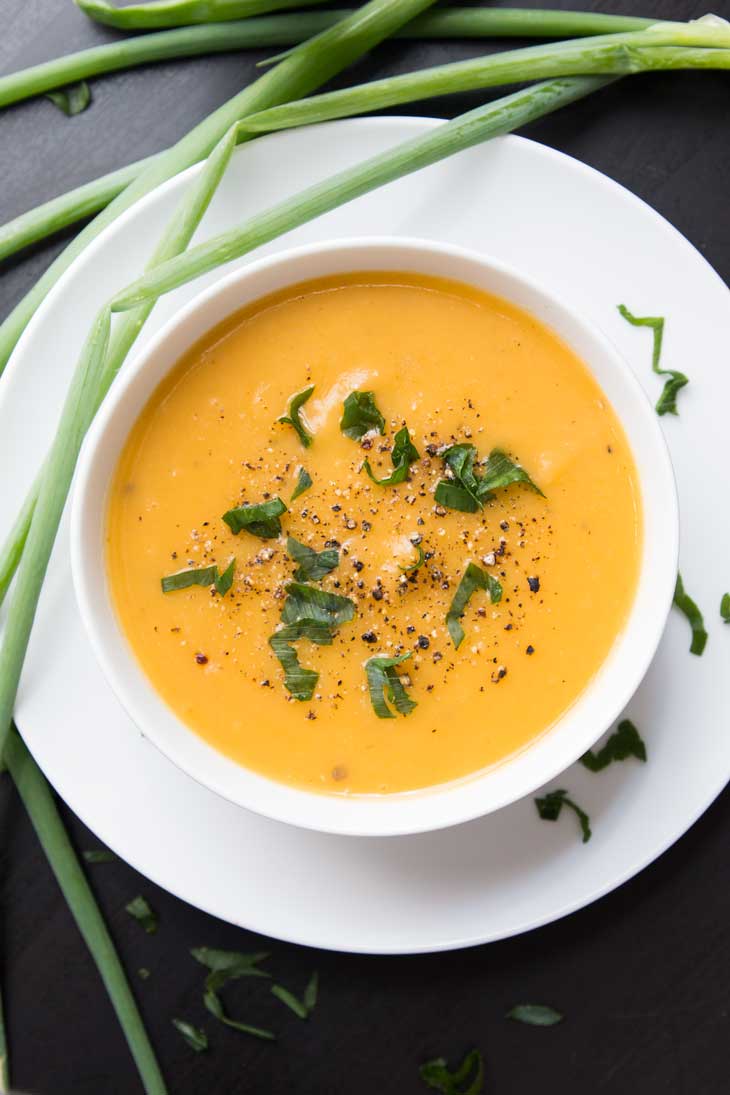 One big bowl of comfort food. Creamy and rich, hearty and filling, and a family favorite is exactly what this Creamy Vegan Potato Leek Soup is all about!

I’m all about soups. They’re the perfect one-pot meal to throw in just about anything. Sweet, savory, or spicy flavors. Different textures such as pureed, creamy, chunky, or whole pieces of cooked veggies , noodles, and/or beans. Soups can be enjoyed cold or hot, and every cuisine has it’s own unique soups and flavors.

So you see…when it comes to soups, the possibilities are endless and you never get bored. Plus, that aroma that comes from simmering all the herbs and spices together with the broth is just to-die-for.

A Few Of My Favorite Soup Combinations 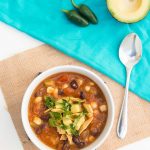 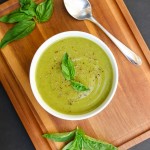 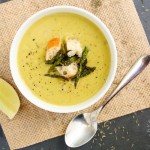 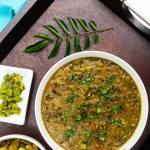 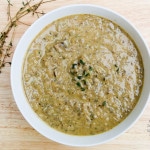 All About Leeks. I love the flavor and use of leeks in cooking. They’re in the same family of vegetables as garlic and onions and contain many of the same beneficial components. I feel like most people don’t think of cooking with leeks, assuming they’re basically overgrown green onions, when in fact they have their own distinct flavor.  Leeks are generally tougher and milder because of their larger stalk. Their white and light green parts are generally the most edible and used in recipes. They add a nice subtle flavor without overpowering dishes. 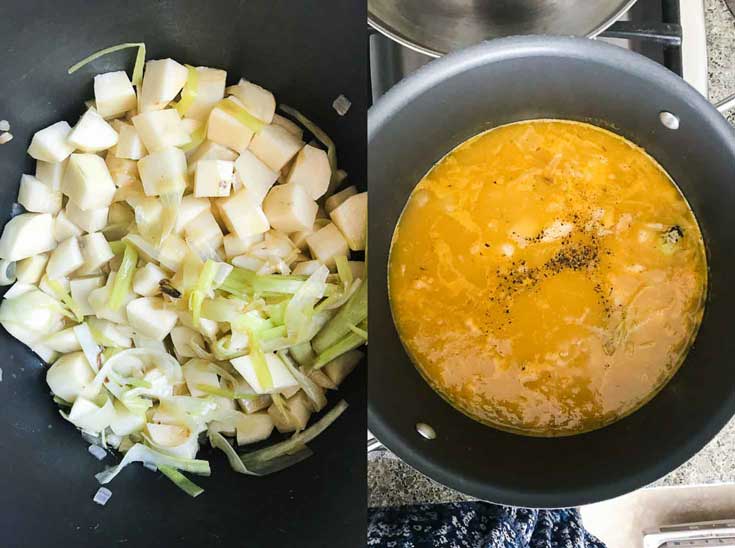 Leeks are typically available throughout the year (especially here in SD), but they are in season and best from Fall to early Spring, which is when I go crazy making this vegan potato leek soup recipe. It’s hard to resist, especially when you see the large gigantic leeks at the stores.

I love this vegan potato leek soup recipe because it’s simple, yet flavorful with the addition of garlic and herbs. There are no other fancy ingredients. I also love that it’s so rich, thick, and creamy because of the potatoes. This soup has definitely become a family favorite!

This soup is served best with either a grilled cheese sandwich or some homemade garlic bread. Our current favorite pairing is with my Jalapeno Popper Grilled Cheese Sandwich.

If you’re looking for comfort in a bowl, try this Creamy Vegan Potato Leek Soup recipe! And don’t forget…leftovers taste even better the following day! 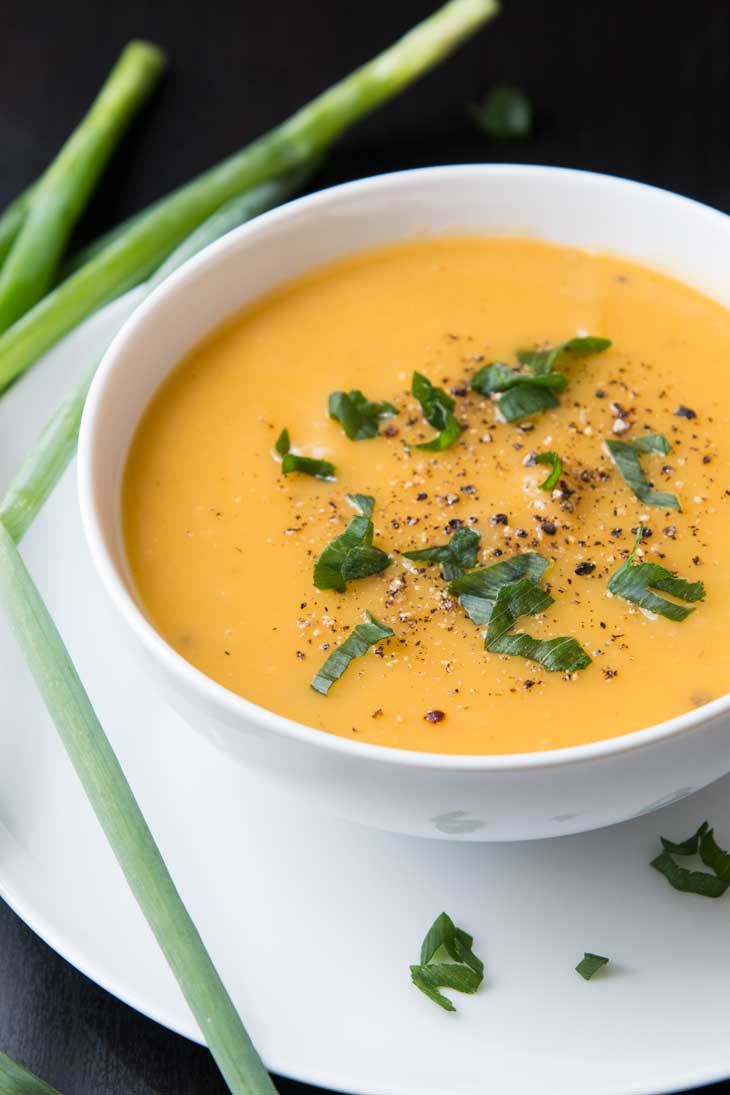 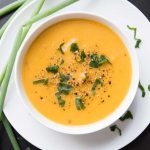 To Prepare the Leeks:

Vegetable Broth - I always use Imagine Brand low-sodium. Depending on the actual size of your potatoes, you may need some addition vegetable broth if the soup is too thick after pureeing with hand blender.    Leftovers heat well the following day.